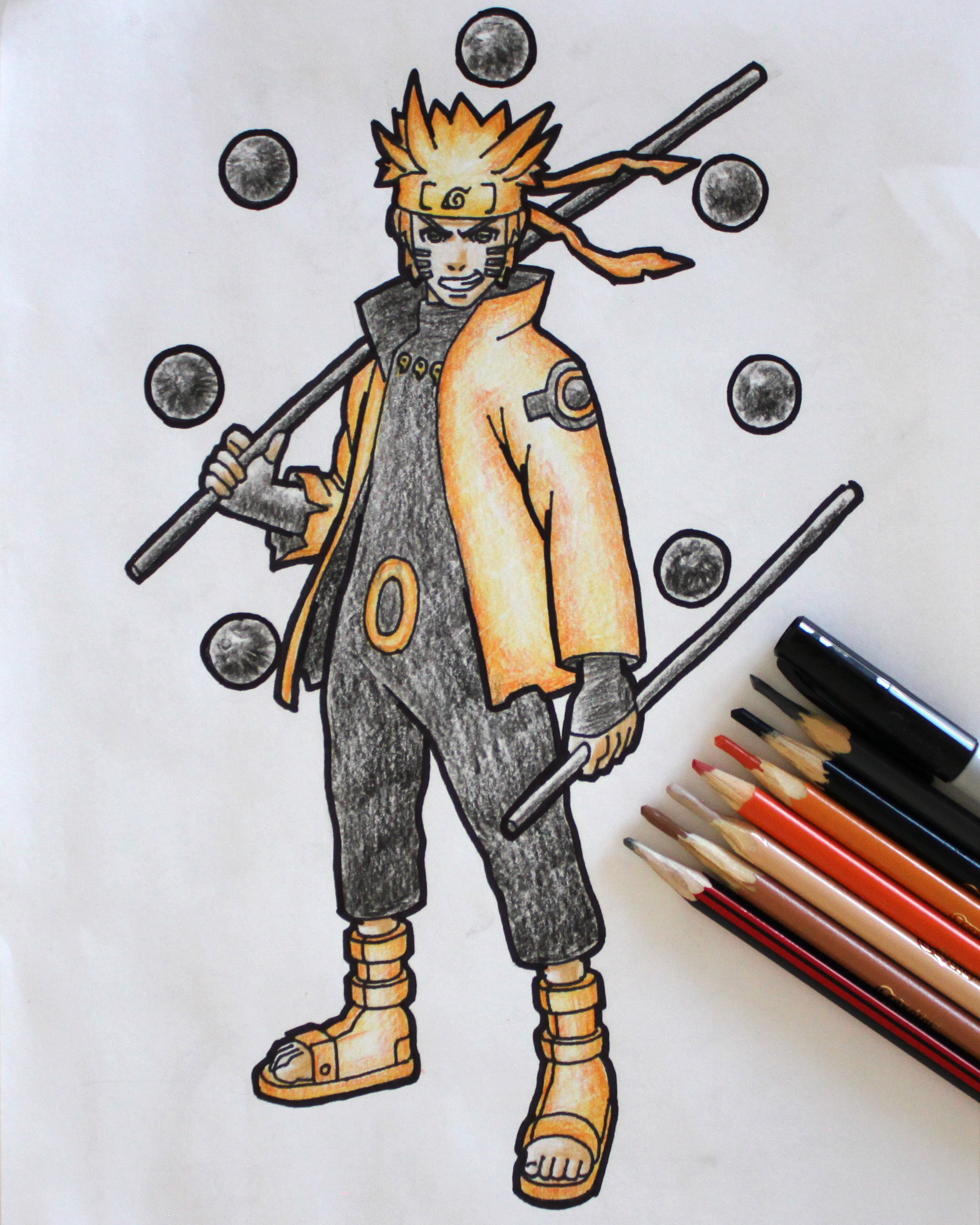 Tip: Double check the locations of your shapes with the reference, use your pencil as a measuring tool to correct any proportion that is off.

Tip: Naruto’s two weapons are in a parallel position, find lines in the design that you can use to help you measure and figure out the placement and proportions.

Tip 1: Naruto is mostly clothed cover, so don’t stress out on trying to get any muscle anatomy for this form figure, instead get a feel of how much volume the clothing add on to the body.

Tip: Masashi Kishimoto avoid a lot of the misc fold on the cloth and only focused on the key folds, it is to minimize drawing time, but even though a lot of the folds are minimized, you can still see the subtle changes in form in this linework, notice how the pants line are not perfectly straight, it is made out of very slight curves that conforms to the anatomy of the leg.

Tip: This design utilizes a special lighting, because the character himself is the light source, so we just have to leave the center area of every form uncolored, and the make the borders darker to give off a glowing effect, that’s why we’re combing the midtone step with the shadow step.