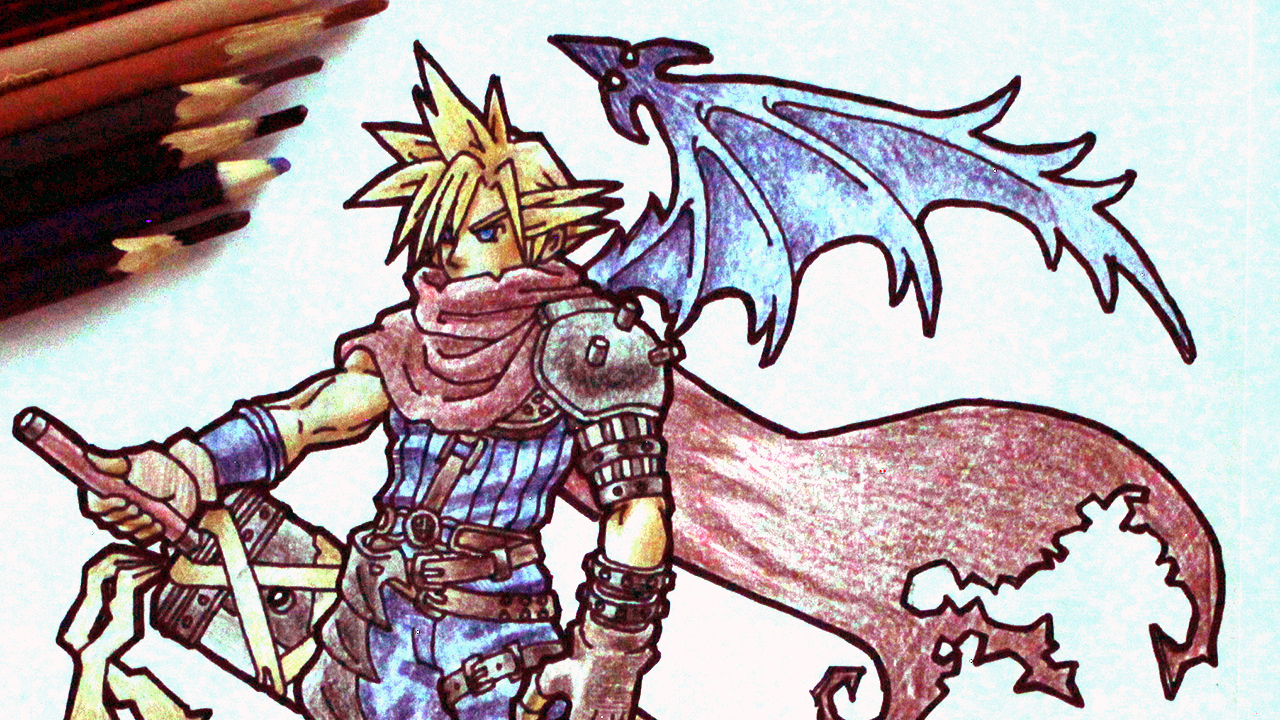 Tip 2: Offset Cloud’s position to the left a little to give yourself more space to draw the wings and the cape on the right.

Tip 1: Even though Cloud is mostly clothed, you can still see some very nice arm muscle anatomy and the form of the torso underneath the shirt.

Tip: A lot of the clothing folds are defined by the coloring on this design, but still try to see the the folds are constructed and draw the form with the folds in mind, the way clothing is drawn is this style is very angular.

Tip 2: Often times the Reference Picture was drawn at a bigger scale or with finer tools, so some extremely small details will be difficult to replicate, instead enlarge the small details so it is easier to manage, in this case all the belt buckles.

How to Draw Cloud Strife – Step 6 – Color in Midtone

How to Draw Cloud Strife – Step 7 – Color in Shadow

Tip : This design style utilizes an ambient lighting effect, this effect is darker in more dens area and lighter in more open area, in another word, colors or shadows will be darker towards a corner or when things are more clustered.

How to Draw Cloud Strife – Complete