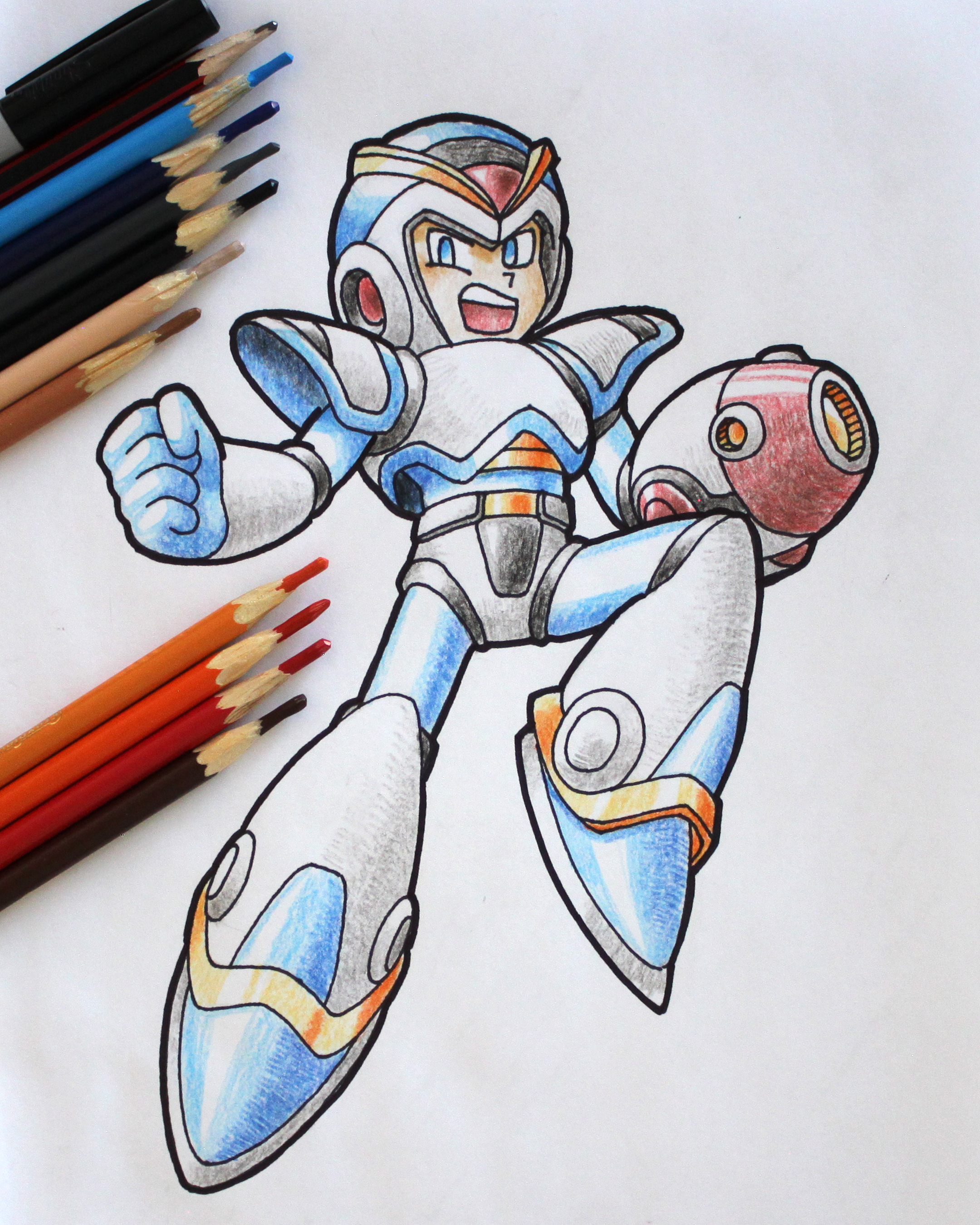 Tip 1: Megaman X does not show any skin except the face, so don’t worry about drawing perfect anatomy, take this chance to practice on how to create a stylized body proportion, it is a very popular stylization to make the lower arms, hands, calves and feet bigger.

Tip: Megaman X does not have any clothing, instead he has arms. So focus on drawing the trims and paneling of the arms, see all the shapes of the body part as dimentional forms, when you draw the trims and the panelings on the armor, wrap it around the form.

How to Draw Megaman X – Step 6 – Color in Midtone

How to Draw Megaman X – Step 7 – Color in Shadow

Tip: In some areas, you might need to darken the shadow with black, for example the underside of the shoulder piece, dark blue wasn’t dark enough for the darkest area of the shadow, so I used black to go over it again to make it darker.

How to Draw Megaman X – Complete