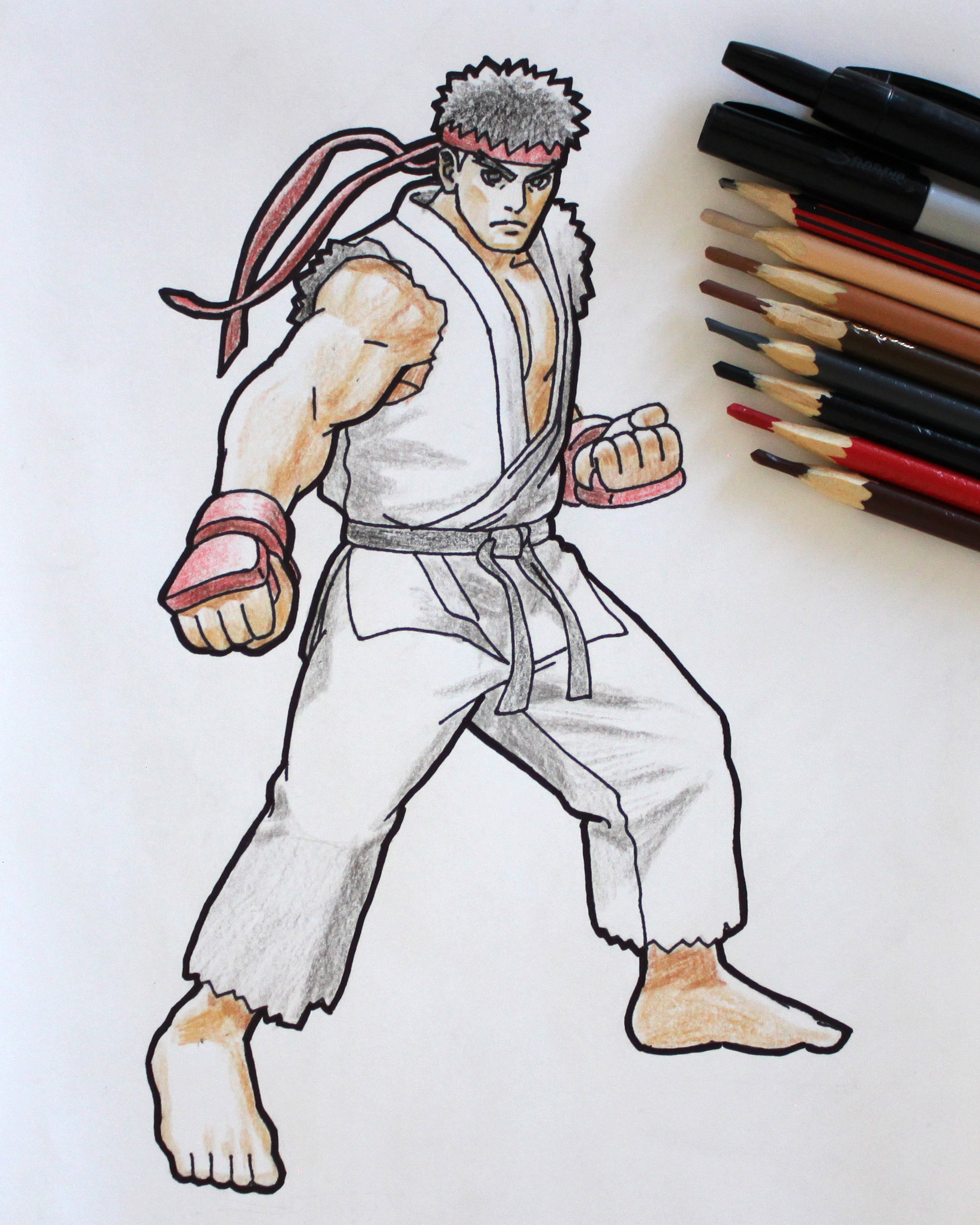 Tip 2: One of Ryu’s arm is almost completely hidden behind his torso, so it might be a bit tricky to draw, but just try to see through the form and locate the shoulder joint and draw how the arm is gestured behind the torso.

Tip 1: Capcom’s proportion is small head and bulky body, so instead of a standard six head proportion you’ll see a eight to nine head proportion for Ryu, and make the forms for the arms and legs bulkier like in the reference picture.

Tip: Most of the clothing folds are expressed through the lighting not the linework, but when you draw the clothing is keep in mind where the folds should be.

How to Draw Ryu – Step 5 – Trace Pencil Lines with Marker

Tip: The clothing folds on the reference picture is extremely detailed, for this exercise, simplify the folds to make it easier to manage, to goal is to understand how the folds are constructed and how to render folds with coloring instead of linework.

How to Draw Ryu – Complete